Anthony Joseph Foyt, Jr., aka “AJ” likely the greatest racer to ever set behind the wheel. He is so far as I’m concerned.

My parents met AJ when he was ten. Early in his career, Dad invited AJ to stay at the house. I was 4 at the time. To this day, AJ calls me by my childhood nickname.

That connection is why my very first painting was of course of one of AJ’s cars – his 1977 Indy 500 Coyote in which he won his record setting fourth 500.

Met Sam during the 2016 Indycar test session at then Phoenix International Raceway.

You can definitely count on Sam’s cars consistently competing for the checkered flag. 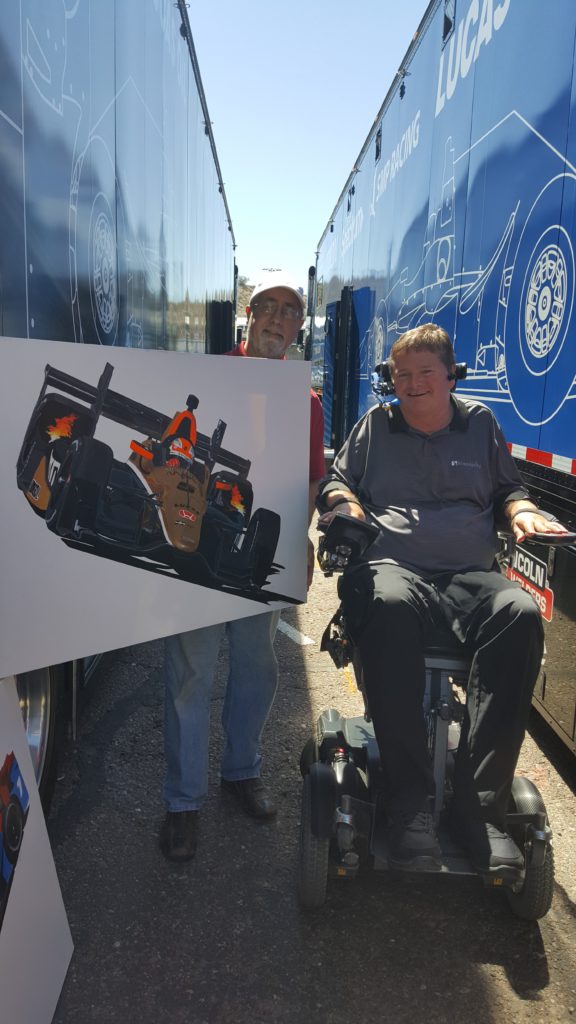 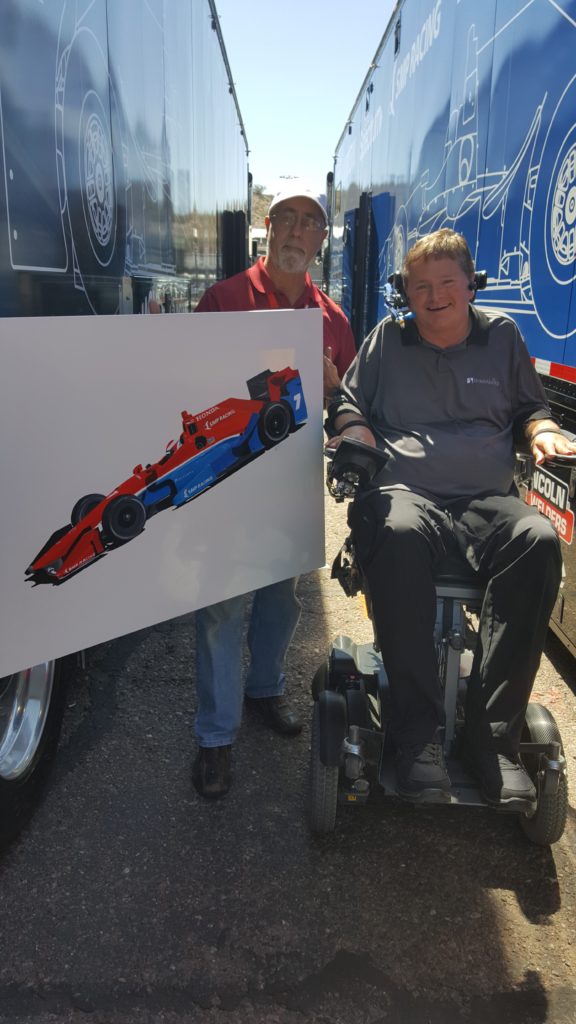 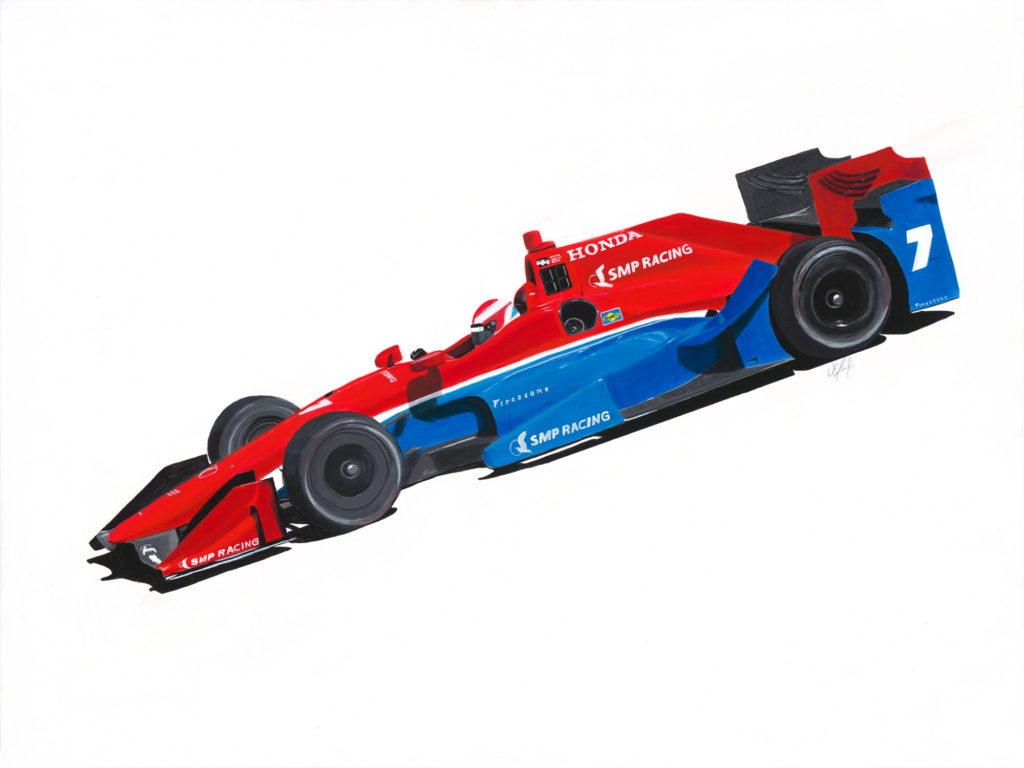 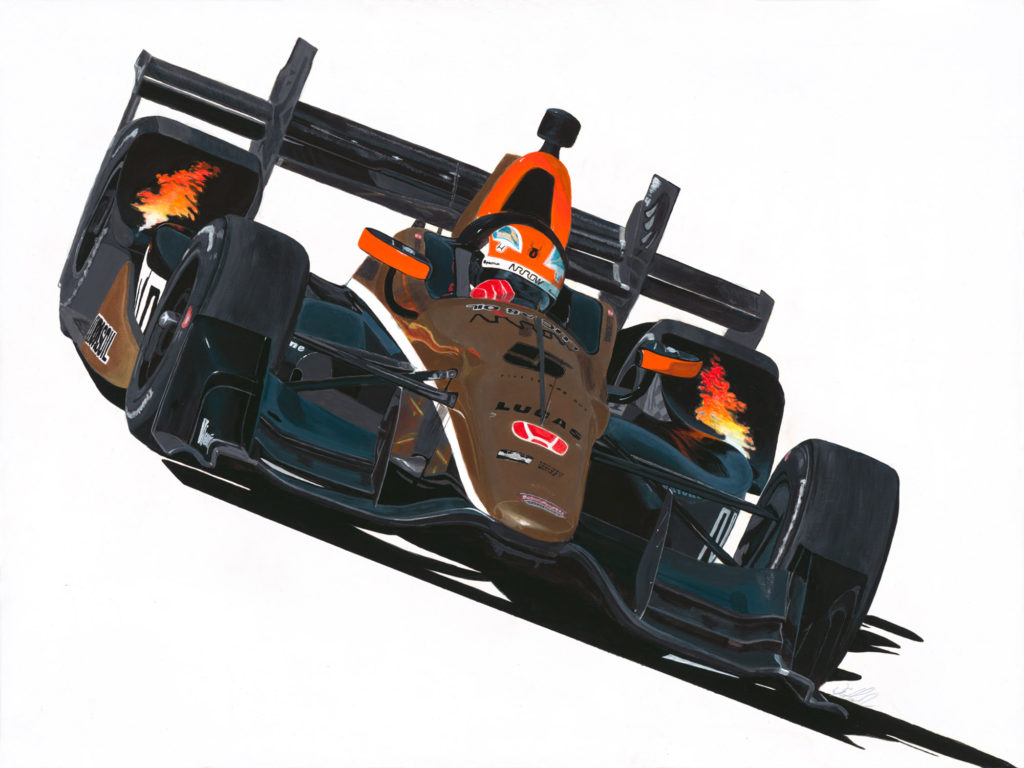 Rufus Parnell “Parnelli” Jones and JC Agajanian were close friends. Parnelli ran midgets at Ascot Park in Gardena, California. Dad had driven both Gardena Speedway and Ascot Park which was built just down the street from Gardena Speedway (effectively replacing it).  As a kid, I sold programs at Ascot. After the races, I’d jump into various driver’s cars; being one of the driver’s kid had it perks.

Mike Lashmett, co-Founder of Vintage Indy Registry™ had once worked for Parnelli and connected me with Parnelli’s business associate, Jim Dilamater.

Between Mike and Jim, arrangements were made for me to meet with Parnelli, who I hadn’t seen in person since leaving SoCal in 1971.

Parnelli remembered my Dad (they’d competed on the track) and vaguely remembered me. Jim and Parnelli made me feel like family that hadn’t seen each other in some time. They also gave me an approximate location for the quarter-midget dirt track I raced on. I was suprised when they thought that Johnny Parson, Jr. and Duane “Pancho” Carter may have also competed there.  I don’t remember them – racing was the only thing on my mind those nights.

That day meant the world to me, so in honor of the man, Parnelli Jones, any reproduction of “Whoosh!” benefits Parnelli’s Foundation for those with traumatic brain injuries.

Parnelli, the 1963 Indianapolis 500 winner, was one of the toughest racers to have ever sat in the seat of a race car. And another one who defines what it is to be part of the greater racing family. Thanks, Parnelli.

Ralph’s career with motorsports marketing is exemplary in every facet of what Pegasus Marketing is.

“Pals” was created for my friend and one of my initial explorations with a new painting technique and expression.

I didn’t know until he sent me a photo of its placement, the back story to he and Paul Newman’s deep friendship. 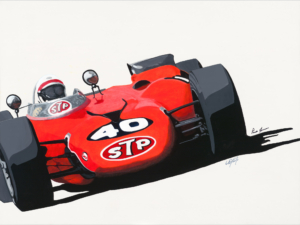 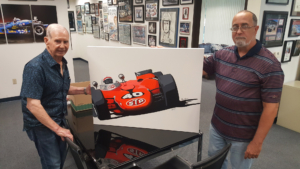 Ask About Originals Reproductions and More
Commissioning Son of Indy

Because these cookies are strictly necessary to deliver the website, refusing them will have impact how our site functions. You always can block or delete cookies by changing your browser settings and force blocking all cookies on this website. But this will always prompt you to accept/refuse cookies when revisiting our site.