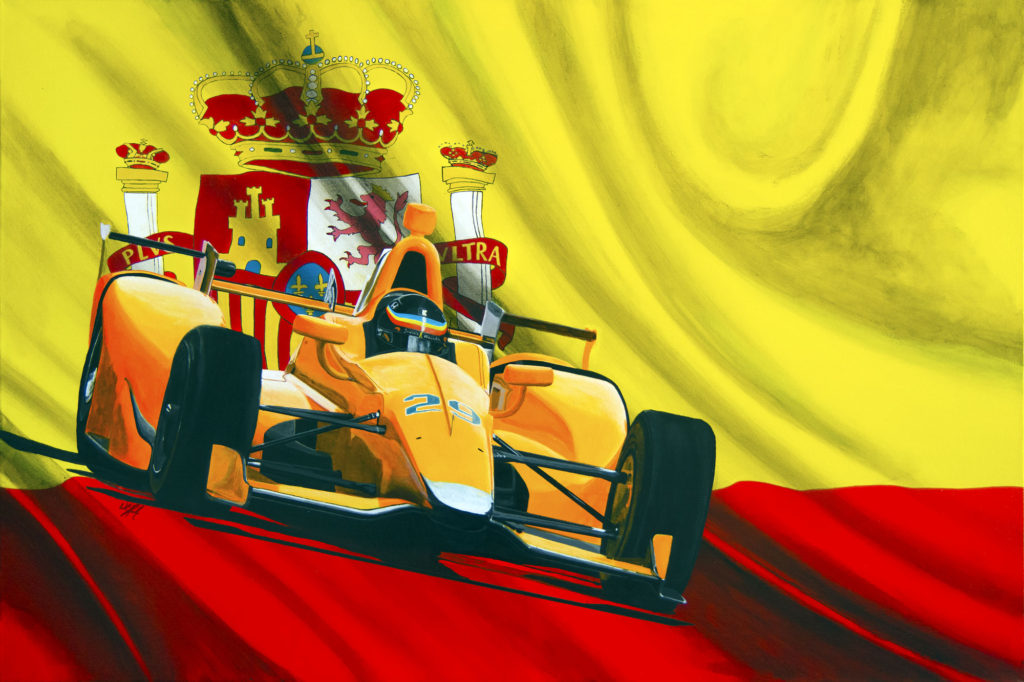 Born Fernando Alonso Diaz, in Oviedo, Spain, El Nano (a local nickname for “Fernando”) is a two-time Formula 1 World Champion. This year he competed in the 101st Indianapolis 500, driving the Number 29 Andretti McLaren Honda, taking one step toward achieving what he calls the Triple Crown of racing (winning the Monaco Gran Prix, the Indianapolis 500, and the 24 Hours at LeMans).

He was the fastest qualifying rookie and earned the 101st Indianapolis 500 Rookie of the year honors. Throughout the race he demonstrated both the skill and having the pace capable of winning the 500. But alas, on lap 180 his McLaren-Honda let go ending his pursuit of the Borg-Warner and drinking the milk in Victory Circle…..this time.

“El Nano Campeón”, is a 36″ x 48” Son of Indy Artworks acrylic on canvas original, inspired by Fernando’s incredible run at the Indianapolis 500.

El Nano recently stated his run at this year’s Indianapolis 500 is the bright spot of the year for him (see: Motorsports.com.).

Act now & be the first to get your “El Nano” shirt or reproduction!