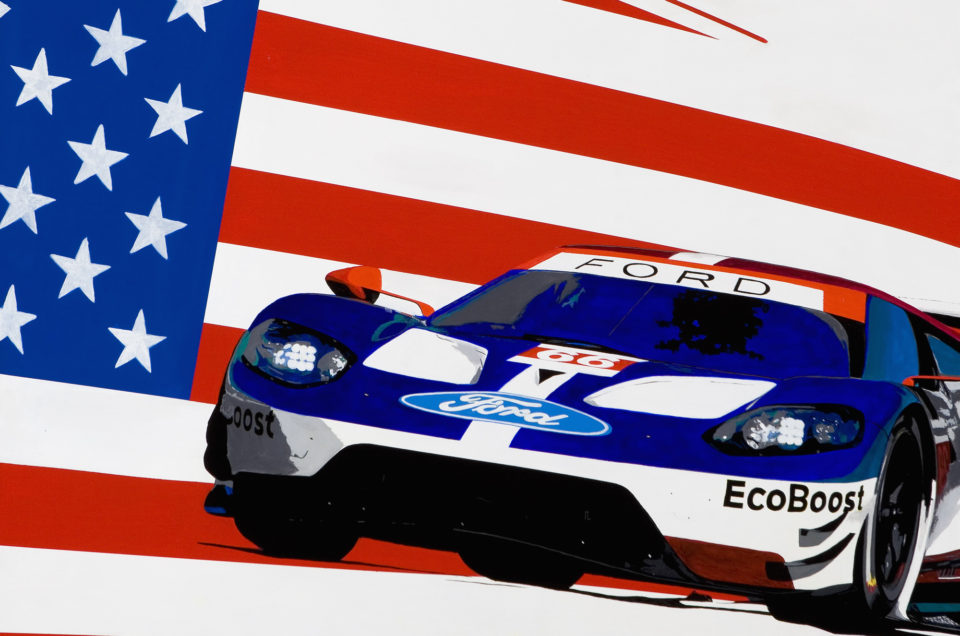 This painting was inspired by the Ford GT and Chip Ganassi Racing’s performance with this second recreation of the iconic Ford GT40. An American race team dominating in an iconic American race car on a background of the United States of America flag.

Ford Motor Company, at the 2015 North American International Auto Show and at the unveiling of the 2015 racing video game Forza Motorsport 6, a new, redesigned Ford GT was shown to the public with plans for production in 2016. The car marked 50 years since the GT40 won the 1966 24 Hours of Le Mans and competed successfully in the 2016 24 Hours of Le Mans to better celebrate the anniversary, winning the LMGTE Pro class.

With the Chip Ganassi teams racing their GT, Ford has had podium wins in the FIA GT manufacturer’s category both years that it has competed. The 2018 season has been quite successful:

Earlier this year, Ford Motor Company confirmed it was terminating the GT program with the close of the 2019 season.

The original and reproductions are available, as are these fine items featuring Son of Indy’s “First on Race Day” original. 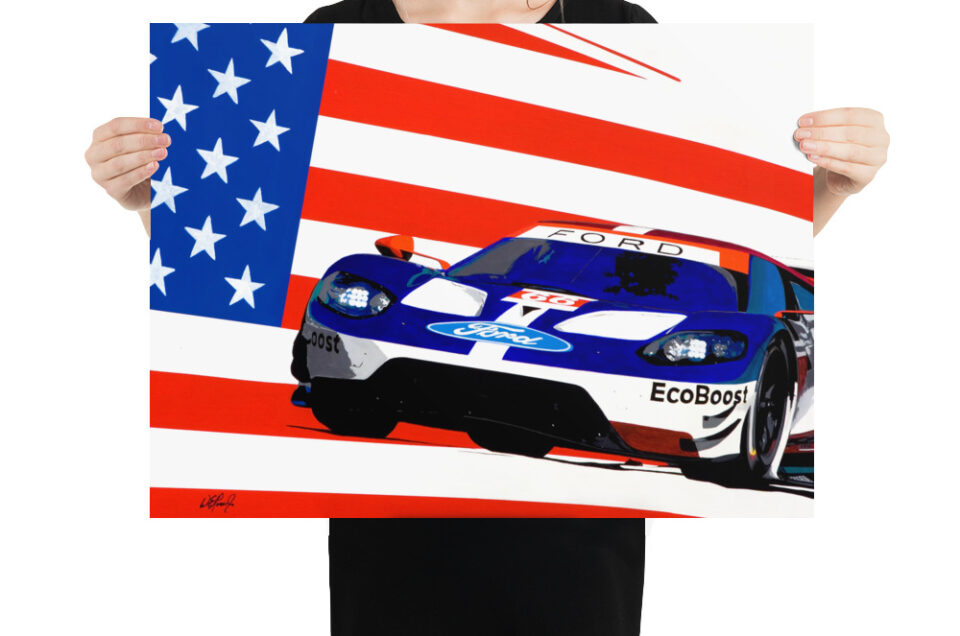 Limited time only! Celebrating the 4th of July. Son of Indy’s First on Race Day original.
Only 1776 of  these museum-quality posters are available.

These vivid prints are made on thick and durable matte paper.

A statement in any room, these puppies are just the accent your room or office need…

Don’t miss out on this limited supply, limited time 4th of July Special!